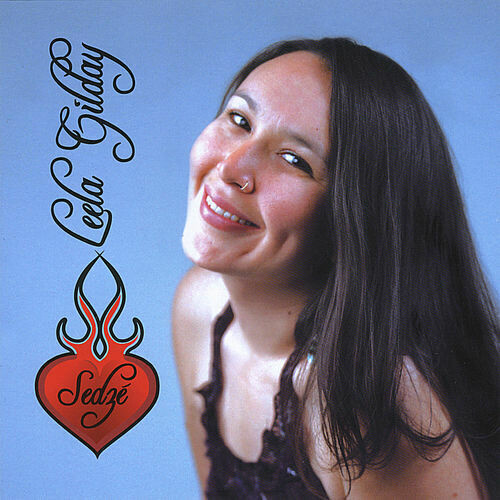 Juno-Award winning album 'Sedze' from northern Canadian artist Leela Gilday. Leela Gilday was born and raised in Yellowknife, Northwest Territories. She is a singer/songwriter from the Dene Nation whose songwriting reflects her northern roots. She sings about identity, death, love and life from the urban Indian perspective. Her unbound and naturally powerful voice transports her listeners to a world where freedom and joy balance sorrow and injustice, making you cry and laugh in the same breath. With four full-length recordings and a long touring history, Gilday has numerous awards to her credit, including a Juno, two Western Canadian Music Awards, Aboriginal Female Entertainer of the Year to name a few. Above all, she seeks connection with her audiences through music, and with each record brings more unique stories to the world. Whether it's an anthem for the oppressed, or an upbeat song about mortality, she infuses her songs with a sense of humour as well as a sense of social justice, and an ironic appreciation of human folly. On this record "Sedzé", which is her second full-length album, Leela echoes the heartbeat of the north with a modern rootsy acoustic interpretation. The album, whose title means "My Heart" in Slavey, represents the new spirit of rising northern voices and articulates the bridge between worlds.

Save this product for later
Display prices in: CAD